This list is made up of the movies that surprised and exceeded expectations. Other notable films includeDisney Toons film ” Planes ” an obvious spinoff of Pixar’s “Cars” earned $139 million worldwide when it only cost an estimated $50 million. Seth Rogen’s ” This is the End ” grossed $118 million on an estimated $32 million budget. “Monsters University” doesn’t appear on this list, because the film was expected to follow the Pixar streak of success.The “Monsters Inc.” prequel had the second-largest opening of any Pixar movie ever behind 2010’s “Toy Story 3 .” There was no surprise that “Iron Man 3” fared well at theaters, but it wasn’t expected to have the second-highest opening weekend of all time . 12. “Kevin Hart: Let Me Explain” (Lionsgate / Summit) Release date:July 3 Opening weekend:$10 million Worldwide gross:$32.2 million 11. “Instructions Not Included” (Lionsgate) Release date:August 30 (September 6, wide release) Estimated budget:$5 million Opening weekend:$7.8 million Worldwide gross:$28.3 million Chances are you never heard about this Spanish indie dramedy.While the end of summer was extremely slow, no one was talking about the film that followsa former Mexican playboy raising his daughter by himself. “Instructions” grossed $7.8 million its first weekend from only 348 theaters . During its wide release the following weekend, the film nearly beat out “Lee Daniels’ The Butler” to take the second spot atop the box-office top ten. (Source: IMDB pro / Box Office Mojo ) 10. “Lee Daniels’ The Butler” (The Weinstein Company) Release date:August 16 Opening weekend:$24.6 million Worldwide gross:$104.8 million A silly name change didn’t hurt Lee Daniels’ film. Warner Bros. made a big stink over the rights to the title “The Butler” (they have a 1916 short by the same name) resulting in a long, exhaustive change .But if anything, the complaintproduced more media hype for Weinstein’s film and probably helped ticket sales.

Indeed, if you ever wondered what it might feel like to be zipped up in a body bag while still breathing, but unable to move, this is the movie that brings it all home as it forces the viewer to accept a lack of oxygen and freedom without a fight. As itas set against the backdrop of Israelas ultra-Orthodox Jewish community, weare introduced to the beautiful Shira (Hadas Yaron), an 18-year-old woman who looks up to her older sister, who is about to give birth. When her sister dies and leaves behind a widower and an infant, Shiraas grieving mother begs her to marry the man left behind so the family can stay in Israel. Shira wrestles for a moment, but decides her own happiness must come second in this world where men control everything, especially the assignment of female value and worthiness. Because the movie tries to camouflage the inherent sexism through emotional device a not to mention cheap star filters to diffuse the light a it feels like manipulative propaganda. Special features include commentary and more. NIRVANA: LIVE AND LOUD: Three stars out of five a The ghost of Kurt Cobain may not be happy about the apparent cash grab, but he can at least take pride in the show. Live and Loud is a complete record of Nirvanaas 1993 show at Seattleas Pier 48, fleshed out with new concert footage sampled from other gigs on the same tour. Itas complete with new bonus material, and thereas no doubt this cut-for-cash doc features the band at its grungiest best and offers those who never got a chance to see them live a close approximation of the real deal. With its track listing that includes Lithium, Drain You, Heart-Shaped Box and Come As You Are, you get the grit a but not the hit. If youare craving some Teen Spirit, youall have to smell it out elsewhere. The Dark Knight Trilogy: Ultimate Collectoras Edition a Four stars out of five a Huh? Another Dark Knight Trilogy? The Latin American film industry is currently enjoying a renaissance with a growing number of local, highly talented filmmakers producing movies for the region’s 600 million filmgoers. The movie production industry continues to thrive in the larger traditional markets of Brazil and Argentina alongside unprecedented growth in emerging markets such as Chile and Venezuela. Emirates, one of the world’s fastest growing airlines, is a leader in innovation, working closely with manufacturers and suppliers to ensure its customer experience is second-to-none. It is because of this commitment that SkyTrax has recognised Emirates’ ice (information, communication and entertainment) system for nine consecutive years as the World’s Best Airline Inflight Entertainment. IFE Services will manage the digital encoding of the movies for onboard delivery across Emirates’ audio visual on-demand (AVOD) systems. In March this year, IFE Services announced that it was supplying African movies to Emirates in languages including Afrikaans, Arabic, English, French, Kikuyu, Swahili and Zulu. For more information about Emirates please visit http://www.emirates.com For more information about IFE Services please visit http://www.ifeservices.com Aboutice Emirates’ in-flight entertainment, ice (information, communications and entertainment), has been voted the World’s Best Airline Inflight Entertainment by SkyTrax for nine consecutive years. The latest ice Digital Widescreen system offers up to 1,500 channels of entertainment, including over 300 movies from around the world, hundreds of TV choices and thousands of music tracks from contemporary to classical. To keep passengers engaged, ice offers much more than movies and TV – its entertainment and communication selection includes a choice of video games, bespoke podcasts and communications choices ranging from in-seat telephones to Wi-Fi internet access in-flight. About IFE Services IFE Services is a leading provider of in-flight entertainment solutions to the airline industry. Its focus on quality and innovation is supported by a strong commitment to customer service and investment in the latest systems and technologies. IFE Services supplies a full range of services to enable its clients to provide a first class entertainment experience to passengers. They include movies, TV programmes, audio, games, 3D map, apps, safety and destination films, portable entertainment systems, onboard publications and AVOD technical support and management. 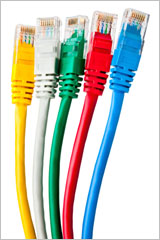 Appointing Dr Ziggy to run NBN Co is a terrible idea [D2] Ziggy Switkowski spent just one year at Optus, led Telstra into a deep stasis in the 2000s and hasnt touched the telco industry for the past decade. And yet Malcolm Turnbull reportedly thinks hed make a great choice to run NBN Co. Here’s why he’s wrong . 50 things top IT pros need to know [ad] This 18 page whitepaper ( click here to access ) explores 10 things you should know to become an epic IT manager, 40 other essential tips to advance your IT career and practical guidance for starting an IT consulting business. Great articles on other sites Inside South Australia’s e-health transformation project Turnbulls first 100 days: Tough times ahead for a new Minister Intellectual Property , News – Written by Renai LeMay on Tuesday, September 24, 2013 13:04 – 9 Comments Presto: Foxtel launches movies on demand Tags: android , apple , foxtel , foxtel go , foxtel play , foxtel presto , iptv , mac , movies on demand , pc , presto , tablet news National pay TV giant Foxtel has launched a new online service dubbed Presto , which will see consumers charged $24.99 per month to access a regularly updating collection of great films, all streamed through the Internet, as opposed to its existing pay TV platform. In a statement issued yesterday, the company said Prestos launch, slated for later this year, aligns perfectly with the increasing appetite for movie content delivered over the internet across different devices. It will feature content already licensed to the Foxtel Movies channels, including access to the biggest box office releases of 2012 at launch along with on demand access to the Foxtel Movies vault of recent and older favourite movies Richard Freudenstein, Foxtel Chief Executive, said: Australians are hungry for different ways to experience great entertainment when they want and how they want. The launch of Presto as a second brand allows us to meet the needs of different customer segments more effectively and is another way Foxtel is continuing to make its content more accessible. Foxtel offers distinctive ways to watch: the market-leading full Foxtel service for the whole family, complete with the widest range of channels, high quality products like iQ, HD and Foxtel Go. We also offer flexible and spontaneous access to our content with Foxtel Play. Presto is the next major step in offering customers a product thats just right for them. Presto will be a great online service for movie lovers with streaming through an intuitive interface and great movies backed by curated collections, recommendations and critics reviews. Our aim is to utilise Foxtels assets and expertise in a smart way to capture a healthy share of the growing digital market. We are already investing in content, platforms and experiences to delight movie-loving customers so it makes sense that we launch Presto as part of our digital media content strategy. Presto includes access to all seven live Foxtel Movies channels: Foxtel Movies Premiere, Foxtel Movies Comedy, Foxtel Movies Drama/ Romance, Foxtel Movies Thriller/ Crime, Foxtel Movies Action/ Adventure, Foxtel Movies Family, and Foxtel Movies Masterpiece without the need to buy-through a basic tier, unlike Foxtels more traditional pay TV service. Foxtel Movies offers the best of all the major studios and key independents including MGM, NBCUniversal, Paramount Pictures, Roadshow Films, Sony Pictures Entertainment, Twentieth Century Fox, The Walt Disney Company, Warner Bros. Entertainment, Hopscotch Entertainment One, ICON, Studiocanal and Transmission Films.