The next Citizens United could affect campaign spending in the states 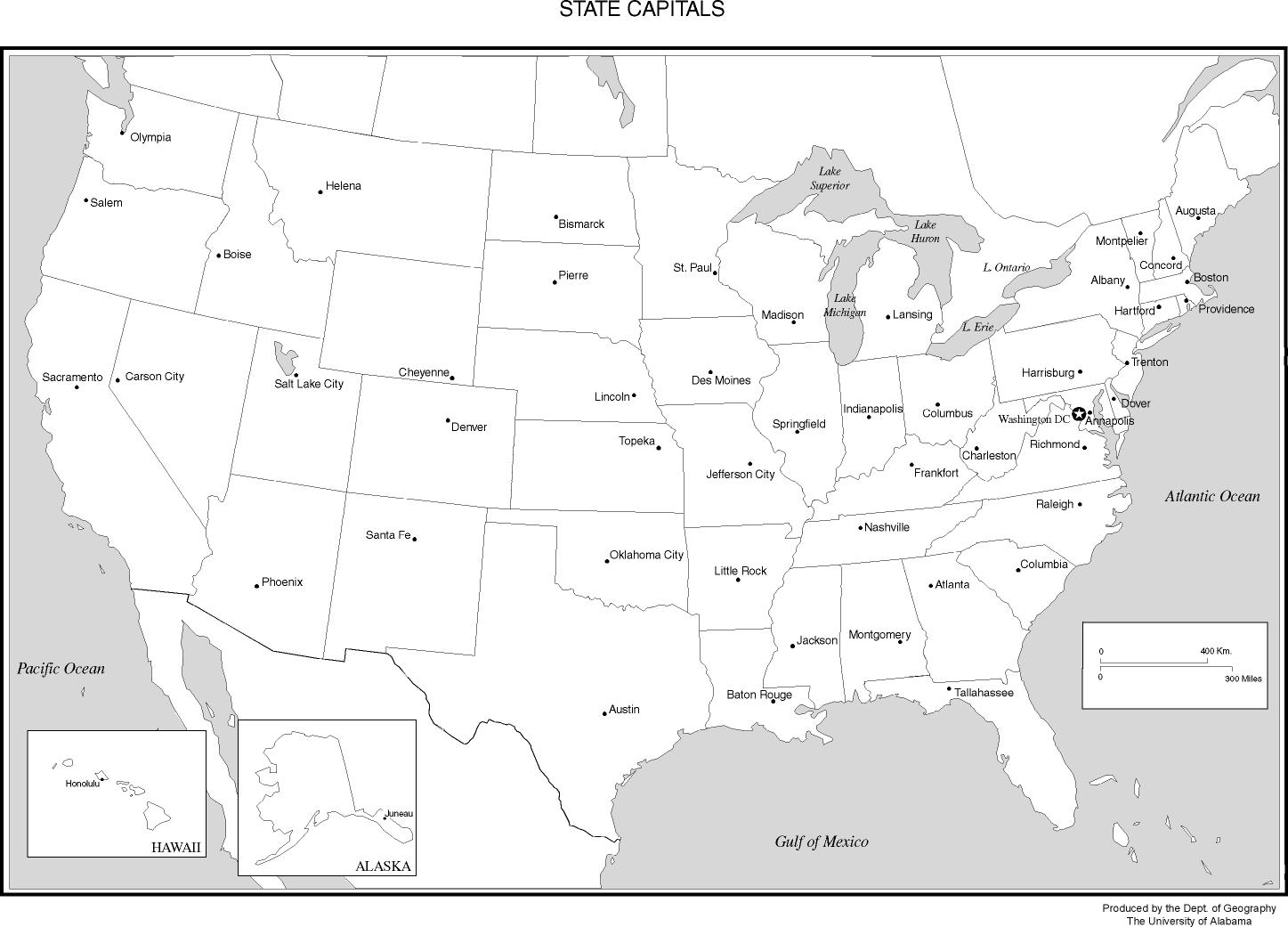 The federal government sets separate limits for each election cycle on how much an individual can give to candidates, party committees and political action committees. But it also currently limits overall spending to $123,200. Its that overall limit that the McCutcheon fight is about. Proponents say it prevents corruption; opponents say it limits speech. When you have somebody writing a one, two or three million dollar check that greatly increases opportunities for corruption, says Lawrence Norden, a deputy director at the New York University School of Laws Brennan Center for Justice, which filed a brief in the case supporting the limit. But critics of the aggregate contribution limit say individual limits such as the $2,600 cap on donations to a federal candidate or candidate committee per election already provide that protection. Were not challenging and the plaintiff in McCutcheon is not challenging any of the individual contribution limits, says Rick Esenberg, a Marquette University Law School professor and president and general counsel of the Wisconsin Institute for Law & Liberty, which filed a brief opposing the limit. Why, they ask, is it OK to donate $2,600 to 47 campaigns, but not 48? The case was brought by the Republican National Committee and Shaun McCutcheon, an Alabama businessman and conservative activist. At the federal level only a small group 646 individuals bumped up against that aggregate limit during the 2012 election cycle, according to The Center for Responsive Politics Open Secrets blog . But spending limits in a handful of states are lower, meaning that if they fall money could come flowing in. While McCutcheon only affects the federal limit, experts are watching it closely and many on both sides believe the state limits either wont survive or would become very vulnerable if the federal cap is nullified.

Taking the Lead: Obligations of the United States as Global Hegemon

By Carol J. Williams and Vincent Bevins September 24, 2013, 7:59 a.m. Brazilian President Dilma Rousseff used her lead-off speech at the annual United Nations General Assembly on Tuesday to blast the United States for operating a worldwide spying network that she said violates the sovereignty of other countries and the civil liberties of their citizens. Rousseff had already signaled her nation’s outrage over reports of National Security Agency data interceptions in Brazil by canceling a summit and state dinner with President Obama that had been set for late October. “What we have before us is a serious case of violation of human rights and civil liberties,” Rousseff told the assembly immediately after opening pleasantries. Also She described arguments that the technological surveillance of individuals, businesses and diplomatic missions is necessary in the global fight against terrorism as “untenable” and an affront to the sovereignty of nations. “Brazil can protect itself,” Rousseff declared. “Brazil doesnt provide shelter to terrorist groups.” Rousseff never mentioned Obama or the NSA by name but said her nation’s dismay over “this case of disrespect” had been communicated to Washington, along with its insistence that Brazil “cannot possibly allow recurring and illegal actions to go on as if normal practice.” Since July, Brazilian news organization Globo has published three reports based on documents leaked by former NSA contractor Edward Snowden , which alleged that the United States had spied on Brazilian citizens, Rousseff herself, as well as important state-run oil company, Petrobras. Rousseff has strongly denounced the alleged eavesdropping and asked Obama for a public apology and concrete actions to curb it. The decision to cancel the Washington trip, a rare diplomatic snub of the United States, was well received in many parts of Brazil, especially in the base of her left-of-center Workers Party, many of whose members have memories of a U.S.-backed military dictatorship that spied on dissidents. ALSO:

Dulles’ speech indicated that although the Korean War had finally reached a peaceful conclusion, the United States would continue its policy of containing communist expansion, by force if necessary. Secretary Dulles began his speech to the American Federation of Labor by observing that he believed world peace was within reach, but was threatened by “communist leaders who openly repudiate the restraints of moral law.” The United States, he declared, “does not believe that salvation can be won merely by making concessions which enhance the power and increase the arrogance of those who have already extended their rule over one-third of the human race.” Acknowledging that the Soviets now possessed a nuclear arsenal, Dulles countered that the United States would not “cringe or became panicky.” Turning to the issue of labor, Dulles then spoke at length about what he called the communist “swindle.” The secretary spoke derisively of the “hoax” played on Russian workers by their own government. “The Russian worker,” Dulles stated, “is the most underpaid, overworked person in any modern industrial state. He is the most managed, checked, spied on, and unrepresented worker in the world today.” Dulles’ speech indicated that although the new administration of President Dwight D. Eisenhower had recently finished negotiating a cease-fire in Korea, the United States was not backing off from its stated Cold War commitment to containing communism. The speech also hinted at two points that would become mainstays of the Secretary’s Cold War diplomacy. First was the idea that the United States would not back down from the Soviets simply because of the threat of nuclear war. This idea eventually became known as “brinkmanship”the notion that the Soviets, if pushed to the “brink” of nuclear war, would eventually back down. Second was Dulles’ frequently repeated assertion that the people living in communist nations were essentially “captives” of repressive communist regimes. In the years to come, Dulles would expand on both ideas in more detail. Fact Check We strive for accuracy and fairness. But if you see something that doesn’t look right, contact us!

United States will not “cringe” before Soviet weapons

The 11th was adopted in 1992 as the 27th Amendment and is the most recent. The 12th (which was actually the first approved by Congress) deals with how the seats in the House of Representatives should be appointed. The Bill of Rights was not referred to much in the first 100 years or so after the Constitution was ratified, but has been the basis of many landmark cases before the Supreme Court in the 20th and 21st centuries. While the Fifth Amendment – the right not to testify against one’s self – has been very recently questioned, and the Second Amendment – the right to bear arms – seems to be under particular attack of late, the one that everyone seems to know best and think they are experts on is the First Amendment. “Congress shall make no law respecting an establishment of religion, or prohibiting the free exercise thereof; or abridging the freedom of speech, or of the press; or the right of the people peaceably to assemble, and to petition the Government for a redress of grievances.” Generally, this is the first document people will turn to in order to prove a point about “separation of church and state”. However, there is no such language in the Constitution of the United States. “See,” they crow, “God isn’t in the Constitution!” How wrong they are! First, while the Federal Government could not establish a religion, the states most certainly did have that right. In Connecticut, the state religion was the Congregational Church. In Massachusetts, no specific religion was named, but all citizens had to be a member of and pay taxes to some church. In eight states, it is still illegal for an atheist to hold public office, though the Supreme Court has ruled that to be unenforceable. The prohibition on establishment was for the Federal Government, disallowing it to force a specific religion upon any state.

U.S.S.G. 1B1.2 cmt. n.1. As Gracie neither argues on appeal that sections 2C1.1 and 2C1.2 were both inapposite nor tries to resuscitate his request for an outside the heartland departure or variance, 7 nothing more is required here to conclude that the district court chose correctly. B. Recent changes in our case law provide Gracie with no assistance on this appeal. In reaching our conclusion, we have also considered two recent decisions not addressed by Gracie: United States v. Almeida, 710 F.3d 437 (1st Cir.2013), and United States v. Fernandez, 722 F.3d 1 (1st Cir.2013). We have done so because both cases were decided after Gracie filed his brief (although we note that the government cited Almeida, and Gracie could have addressed it had he filed a reply). In any event, however, neither case helps Gracie. Almeida clarified that in determining which guideline to apply at sentencing, sentencing courts should look only at the conduct as charged in the indictment, not at, for example, uncharged conduct later proved at trial. 710 F.3d 437, 44142 (1st Cir.2013). 8 Almeida therefore means that the district court should not have looked, as it did, at the version of events brought forth at Gracie’s change of plea hearing in choosing the bribery guideline. But it would equally have erred had it relied on Gracie’s strained recharacterization of what transpired.

God can indeed be found in the United States Constitution

This has meant doing more than forging international agreements; it has meant enforcing them. The burdens of leadership are often heavy, but the world’s a better place because we have born them… In the same speech, Obama spoke against the idea that the U.S. should intervene: “as several people wrote to me, we should not be the world’s policemen. I agree… America is not the world’s policeman. Terrible things happen across the globe, and it is beyond our means to right every wrong…” The question Syria has awakened is whether it is the United States’ job to “be the world’s police,” an unappealing designation to many. If police are responsible for preventing and detecting crime and maintaining the public order, international relations theory dictates that, yes, it is our job. In the 19th century, we had a multipolar international system in which Great Britain, Austria, Russia, France, and Prussia shared equal power. Later, the United States and the Soviet Union were the two world superpowers that emerged from WWII in the new bipolar system. The Cold War began in 1945 because these superpowers had conflicting ideologies and national interests (capitalism vs.