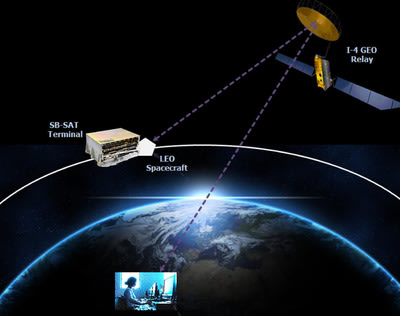 Its customer base includes all the major space satellite providers as well as government institutions. About Moog Moog Inc. is a worldwide designer, manufacturer, and integrator of precision control components and systems. Moog high-performance systems control military and commercial aircraft, satellites and space vehicles, launch vehicles, missiles, automated industrial machinery, wind energy, marine and medical equipment. Additional information about the company can be found at www.moog.com . Moog Broad Reach business unit, part of the company’s Space and Defense Group, develops hardware and software for spaceflight missions. Products include spacecraft avionics, science payload electronics, communications transceivers, GPS receivers for precision orbit determination and occultation science, spacecraft flight software, ground control software, and mission simulation systems. Learn more at www.broadreachengineering.com . About Inmarsat Inmarsat plc is the leading provider of global mobile satellite communications services. Since 1979, Inmarsat has been providing reliable voice and high-speed data communications to governments, enterprises and other organizations, with a range of services that can be used on land, at sea or in the air. Inmarsat employs around 1,600 staff in more than 60 locations around the world, with a presence in the major ports and centres of commerce on every continent. Inmarsat is listed on the London Stock Exchange ( ISAT.L ). For more information, please visit www.inmarsat.com This news release may contain certain forward-looking statements that involve risks and uncertainties.

Merkel May Have Won but Europe Is Still Broken: BlackRock’s Koesterich

Markets closed Merkel May Have Won but Europe Is Still Broken: BlackRocks Koesterich Print By all accounts September has been a surprisingly great month for stocks, with the S&P 500 ( ^GSPC ) up about 4.5% so far this month. Perhaps even more surprising is the fact that the gains in Europe have been even better, whether it’s pan-European indexes like the EuroStoxx 50 , the Dax , the CAC 40 or the MIB , stocks across the Atlantic are hot right now. “It looks like a reasonable place to be, but don’t get carried away,” says Russ Koesterich, the chief investment strategist at BlackRock in the attached video. “There’s still some significant headwinds in Europe from the banking sector, to the anemic pace of growth that suggests to us that you want to have some exposure in Europe but you don’t want to be overweight this part of the world.” While the region’s largest economic player has overwhelmingly re-elected Angela Merkel to a third term as Chancellor of Germany, the benefits of this embrace of stability appear to be fleeting or fully digested. In a note to clients, SocGen fixed-income and currency strategist Kit Juckes writes, “The outcome leaves markets somewhat in limbo, despite positive headlines helping the Euro (hurting the dollar), and supporting both risk assets and peripheral European bonds… there seems little point chasing the Euro higher from here… we have gone nearly as far as we can.” For Koesterich, the concerns about the region are two-fold. “The first of which is the banking system, and to me, this is still the Achilles’ heel of Europe,” he says, adding that a Euro in a Portuguese or Italian bank is “simply not worth the same as a Euro in a German bank.” His second area of concern has to do with the outlook for earnings growth in an anemic economic environment. “While Europe has clearly bottomed in terms of its economy, we think the recovery is going to be very slow,” he says. “So you have to be realistic about how fast Europe is going to grow next year, and as a result, how optimistic you want to be about European earnings.” Apparently, the answer is, not that optimistic. “You’ve got to have modest earnings expectations given the economy is still going to be very much stuck in 2nd gear for the foreseeable future,” Koesterich says, hammering home his thesis that now is not the time to chase the surging markets of Europe. More from Breakout: